One Russian fact Chloe was shocked about

AN INTERVIEW WITH A STUDENT
/
EnjoyRussian 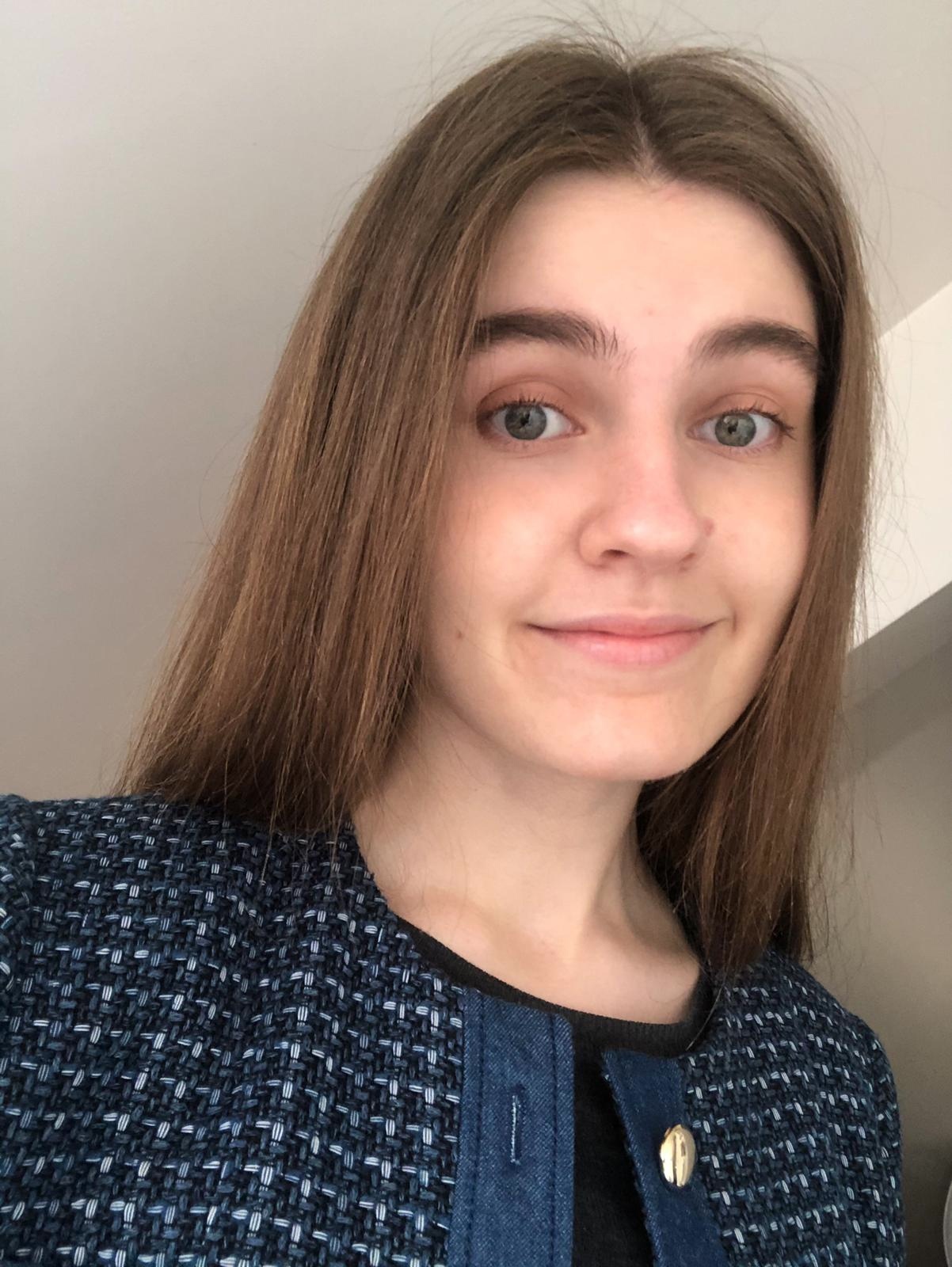 Our students
Published: 06.07.2021
Привет! Как дела? Do you learn Russian? Then this article would probably be of high interest for you since our student Chloe, who has just finished her third year of studying Economics, French, and Russian, tells about her reasons for learning the language and some of the most shocking things.

I hate Russian for its participles and verbs of motion!

Chloe, tell us about yourself and your studies.
Chloe: I learn Russian as part of my degree, however, I initially chose it because I was interested in the culture and wanted a challenge having already learned French. Most of my associations with Russia are linked to the aspects of its culture that it is known for, in particular, music due to its composers, ballets, and operas, in addition to the literature. Having a musical background, my early knowledge of the country largely came from the composers. I played music by such as Shostakovich and Tchaikovsky, and from watching The Nutcracker when I was very young.

Have you ever been to Russia?
Chloe: I was lucky enough to go to Petrozavodsk in 2019 and have language lessons at Enjoy Russian for two weeks and spend some time in Saint Petersburg before and after my course. I would love to go back and I was due to spend a term of my year abroad studying in Saint Petersburg, but I, unfortunately, had to change my plans last minute due to travel restrictions.

What are your favorite ways to study languages?
Chloe: I also study French and in both cases speaking to native speakers and watching videos in the target language are definitely my favorite ways to study. For me, it hardly feels like studying and I find that I make a lot more progress that way.

If I was asked about one funny moment connected to my studies I would recall this one. I specifically remember a group grammar exercise during my time at the school where we had to squeeze a squeaky toy as fast as we could in order to answer the question. As simple as it sounds when the room became filled with various strange squeaking noises it definitely made a normal case exercise more entertaining!

Have you ever felt something like «I quit»?
Chloe: Yes! When I was learning participles and verbs of motion. But I love Russian because it is a very rewarding language to learn and completely different from what I have previously studied. I was shocked to find out that there are that many ways to say «to go».

Any words that are music to your ears?
Chloe: Yes, my favorite word is «картошка» (potato).

Do you think your future would be connected with this language?
Chloe: I am hoping to work in financial services when I graduate. Ideally, I would work for an international firm in the hope of using one or both of my languages. Ultimately I would love to be able to speak Russian to the same level as I speak French.

Can you compare Russians and people from the UK?
Chloe: I would say that Russian culture has much more of a focus on its classical, ‘traditional’ arts than in the UK, which I personally really appreciate. Although both cultures have different ways of showing it, I would also say that politeness is a common feature in both cultures. Nevertheless, I have found that Russians are usually more direct than people in the UK which took some getting used to initially but ultimately makes communicating a lot easier, especially when Russian is not your first language.
What's your Russian story? Or you just don't have one? Then start learning the language with us individually or in a group. We can offer a free trial, a group of your level, and a professional native teacher.
Previous post
AN ITERVIEW WITH A STUDENT FROM SUDAN
READ
SIMILAR POSTS
Subscribe for Enjoy Russian news
DO YOU WANT TO RECEIVE THE BEST ARTICLES FROM ENJOYRUSSIAN ONCE A WEEK?