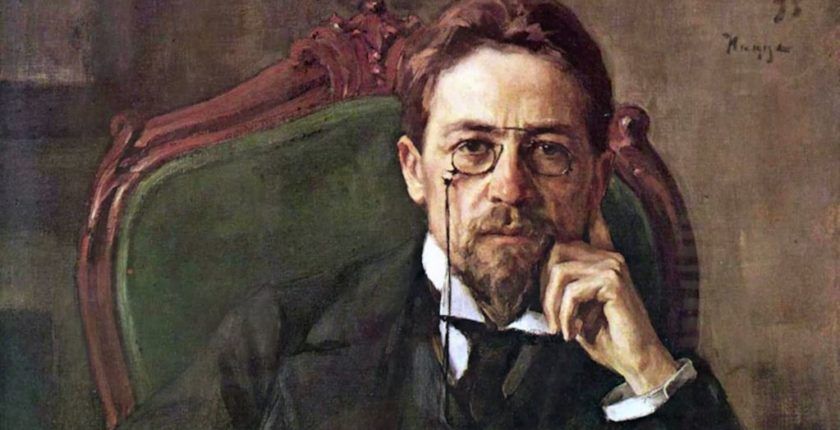 Anton Chekhov (1860-1904) is one of the world’s most special and celebrated writers. He created over 300 works, of which he is best remembered for his short stories and plays.

Born into a large family in Taganrog, a port town in the south of Russia, Chekhov had a tough upbringing. In 1876, Chekhov’s abusive father went bankrupt and moved the family to Moscow to flee his debts. That is, except for Chekhov – he remained in Taganrog and finished high school. On his own, he spent much time reading and writing.

In 1879, Chekhov moved to Moscow to enter medical school. While a student, he supported his family financially, earning money tutoring and writing under a pseudonym. After graduation, he became a doctor and continued to write.

By 1885, Chekhov had already become a popular author of short stories. However, several of his literary peers criticized him for wasting his talents. As a result, one of them, Aleksey Suvorin, the publisher of the journal, New Time, invited Chekhov to write for him without limitations on deadlines and word count.

It was then that Chekhov’s storytelling reached a new level. He started creating truly great works, like Agafya, Enemies, and A Nightmare. Recognizing the elevation of his abilities, Chekhov started using his own name instead of a pseudonym with these stories.
For the next decade, Chekhov’s literary output and fame continued to grow. At the same time, he continued to work as a doctor. In March 1892, he bought an estate in Melikhovo near Moscow. There he devoted himself to public service, working as a doctor, opening a medical center, and building three schools.

You can sense his real-life experience from this time in the works he created then, including the play The Seagull, the novel, Ward No. 6, and the story, The Man in the Case. In the later years of his life, Chekhov’s health deteriorated. As tuberculosis he carried worsened, doctors insisted that he move to the South. Eventually, he settled in Yalta in Crimea in 1898. It was there that Chekhov created his greatest works. Between 1899-1904, he wrote his most celebrated short story, Lady with a Dog, as well as his three most recognized plays, Uncle Vanya, Three Sisters, and The Cherry Orchard. 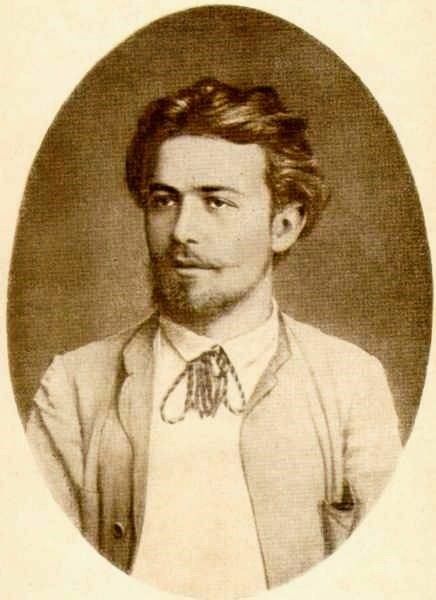 Portrait of a Young Chekhov

In the summer of 1904, Chekhov died at the age of 44. It’s crazy to think that had he not died so young, he would have been around during the Russian Revolution and beyond. As a result, he could have been alive to see his literary works adapted into films.

No matter, it’s our privilege to be able to appreciate Chekhov in film format. And so, without further ado, here are some of the best Chekhov film adaptations. 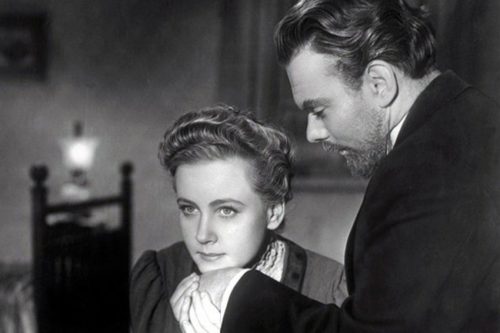 Lady with the Dog is based on Chekhov’s most famous short story of the same name. Perhaps it is one of the greatest short stories ever written.
Two married solo holidaymakers, Dmitri Gurov and Anna Sergueevna, meet in the Crimean resort town of Yalta. They soon dive into an affair, visiting one another between Moscow and a provincial Russian town.
Reading and watching Lady with the Dog, one can’t help but think of Chekhov’s own relationship with his wife, Olga Knipper. He wrote this story while living in Yalta and falling in love with her.

Like Gurov and Anna, Chekhov and Olga strolled along the Yalta promenade, only to live apart while firmly in love. Perhaps while writing this story about two already married lovers, Chekhov wanted to explore his own feeling of falling in love at the wrong time. Writing this story, suffering from tuberculosis, maybe Chekhov sensed that, like Gurov and Anna, he had fallen in love too late. 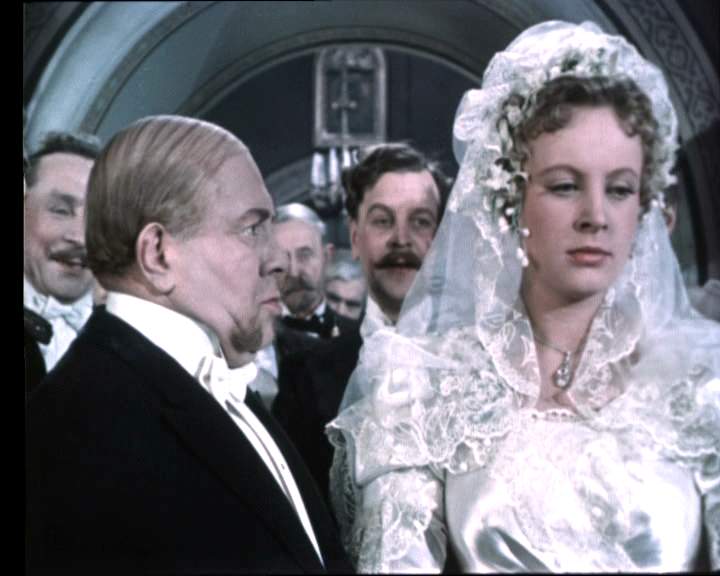 The Anna Cross, also known as Anna on the Neck, is an adaptation of Chekhov’s short story of the same name. The beautiful 18-year-old woman, Anna, agrees to marry a wealthy 52-year-old official, Modest Alekseevich, out of convenience. She believes the marriage will help her support her alcoholic father and two struggling brothers. However, she was not counting on the severity and greed of her husband.

Modest Alekseevich buys Anna a new ball gown instead of giving money to her family. Then, soon Anna dazzles high society. However, her transition from poverty to riches results in her removing her family from her life. She ends up becoming blissfully unaware of the misery into which her father and brothers sink.


From In the Town of S.
Watch The Anna Cross on Russian Film Hub

In the Town of S. is a 1967 film based on Chekhov’s short story, Ionych. It tells the story of a young doctor, Dmitry Startsev, who comes to a provincial town – called “S.”

Startsev soon meets the most prominent local family, the Turkins. He falls for their daughter, Ekaterina, and proposes. However, she rejects him and leaves town to enroll in a music conservatory. Heartbroken, Startsev mourns for several days.

Four years on, Ekaterina returns to “S” and tries to rekindle her romance with Startsev. However, he’s having none of it. The reality is that his soul is slowly being destroyed. With time, all he cares about is collecting money from his patients and playing cards.

And many more… There are many more Chekhov film adaptations, including The Seagull, Uncle Vanya, and A Hunting Accident. And if you’d like to read Chekhov’s original stories, Project Gutenberg has English translations of his works available for free. 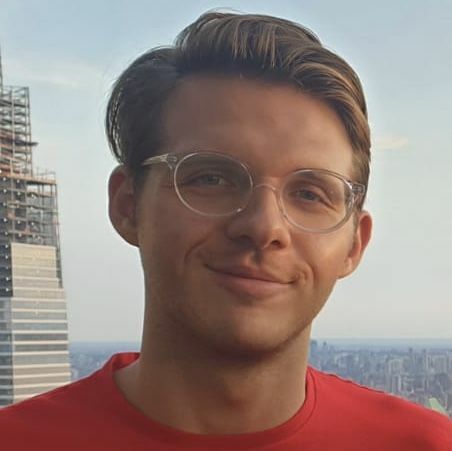 “Enjoy Russain” team is growing! We are happy to launch a new column “Ask Richard” and introduce you our new author!

“Hello! My name’s Richard Wess and I’m a Russian enthusiast based in New York City. I’m the creator of the Russian movie streaming website – RussianFilmHub.com. Always happy to connect and talk about Russian culture and language learning!”

Previous post
5 UNKNOWN FACTS ABOUT THE RUSSIAN HIGHER EDUCATION SYSTEM
READ
Next post
NOT WRITING BUT CARPET IS ON THE WALL
READ
SIMILAR POSTS
Subscribe for Enjoy Russian news
DO YOU WANT TO RECEIVE THE BEST ARTICLES FROM ENJOYRUSSIAN ONCE A WEEK?